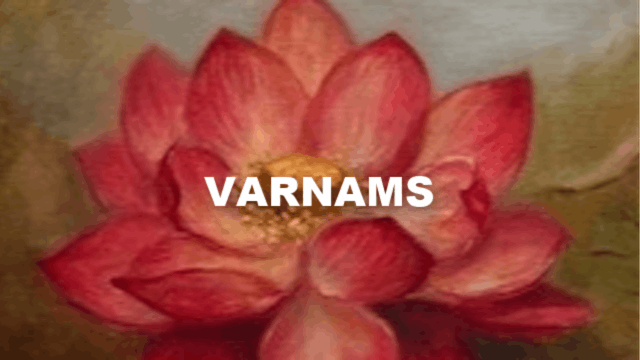 Varnams are a key component of Carnatic classical music. This musical form is a confluence of Swaras and lyrics. Carnatic musicians usually use Varnams as warm-ups for the opening ceremony of a concert, or even as the central piece of the concert. Being very intricate renditions, Varnams are very beneficial to vocalists in developing vocal culture and maintaining their pitch and rhythm.

Varnams are an integral part of Carnatic music. Students get to learn Varnams at an intermediate stage when they have accomplished mastery over Geethams or even simple Kirthis.

Varnams are a blend of Swaras (SolfaSyllables) and lyrics with long vowels, which makes them challenging to render with clarity and emotional appeal. But the one who masters these Varnams can explore the deep treasure of Carnatic music with ease and grace.

Learn varnam by great gurus we have included a collection of popular varnams and some rare varnams. The essential methods of practice and delivery are also emphasized in these lessons.

The key difference between Tana Varnams and PadaVarnams is the lyrical aspect. While Tana Varnams are primarily considered as pure vocal exercises, the PadaVarnams are lyric-centered. They are widely used as accompaniments to traditional south Indian dance recitals like a BharatanatyamVarnam.

Tana Varnams:
Tana Varnams are the most complex form of vocal exercises in the Carnatic music repertoire. They are frequently used in concerts and serve as excellent pieces for a concert-opener.
Tana Varnams are divided into two phases – the Purvanga and the Uttarang.
The Purvangam consists of a Pallavi, Anupallavi and Swaras (Solfa passages), while the Uttarang comprises of a Charanam and three to five rounds of Swaras.
Tana Varnams are widely known for Vachika or vocal expression.
The melodic patterns in a Varnam are considered to be characteristic patterns of a particular raga. This genre of Carnatic music bridges the gap between pedagogical etudes and concert music.

Pada Varnams:
Pada Varnams comprise of lyrics accompanying the Charanam Swaras. These Solfa passages may come in various groups or stanzas. Pada Varnams contain much more textual content in the form of lyrics or Sahitya as compared to Tana Varnams. And these are ideal for dance recitals as well, generally inserted as the centerpiece of a dance.

Chowka Varnams:
Chowka Varnams are composed in a slower tempo and are sometimes rendered even in the middle of a concert.

Varnams are structured compositions with various parts like Pallavi, Anupallavi, Charnam, ChittaSwaram, and EttugadaSwaras. These different sections of a Varnam help bring out the natural melody of the raga along with its rhythmic variations.

The Varnam is subdivided into several sections:

Pallavi: This is the foremost section of the Varnam, which is sung with lyrics or Sahitya.

Anupallavi:This is also a summarized revision that is sung with lyrics or Sahitya.

Charanam:This is sung with lyrics or Sahitya.

ChittaSwara or EttugaddaSwaram: This is entirely sung with syllables. In a PadaVarnam, some lyrics correspond to the Charanamswaras. The swarms may be composed in several groups or stanzas.

Anubandham: This is an epilogue to the Varnam.
Certain varnams have this additional portion at the end,which follows the Charanam and Chitta(Ettugadda) Swaras. It is sung with lyrics or Sahityaand leads back to the Muktaayi(Chitta) Swara or the first Pallavi line itself.
Anubandhams are a traditional aspect more commonly found in old Varnams as compared to newer Varnams.
In modern times, we also find certain old Varnamsbeing sung partially, without the Anubandham part. The most classic example of this is the ViribhoniVarnam in Bhairavi. This Varnam is sung after omitting one of its ChittaSwarasas well as the Anubandham.
Varnams are generally sung in two varieties of talas
Adi Tala (8 beat cycle)
Ata Tala (14 beat cycle)
In most Adi TalaVarnams, the tala is placed in the 2 Kalai version. And so, you place each beat and finger count twice.Ata Tala Varnams, on the other hand, are generally more complicated and advanced.

Some famous Adi Tala Varnams are:

Importance of Learning Varnams:
Varnams are the foundation of Carnatic music and serve as a beautiful introduction to ragas.
Varnams are very useful in developing the correct voice culture as well as maintaining both the pitch and rhythm.
Tana Varnam is more focused on creating and aiding voice culture. It is often regarded as a voice warm-up exercise.
Learning Varnams are very beneficial to vocalists who wish to approach the notes of a raga, as well as place specific emphasis on these notes due to the demonstration and practice of each element within the Varnam.
Vocalists who wish to improve their Laya find it very useful to practice these Varnams in three different speeds.
Varnams are the most complex form of vocal warm-ups. But students who master this fundamental aspect of Carnatic music can smoothly advance towards further learning of Kritis and Keertanams 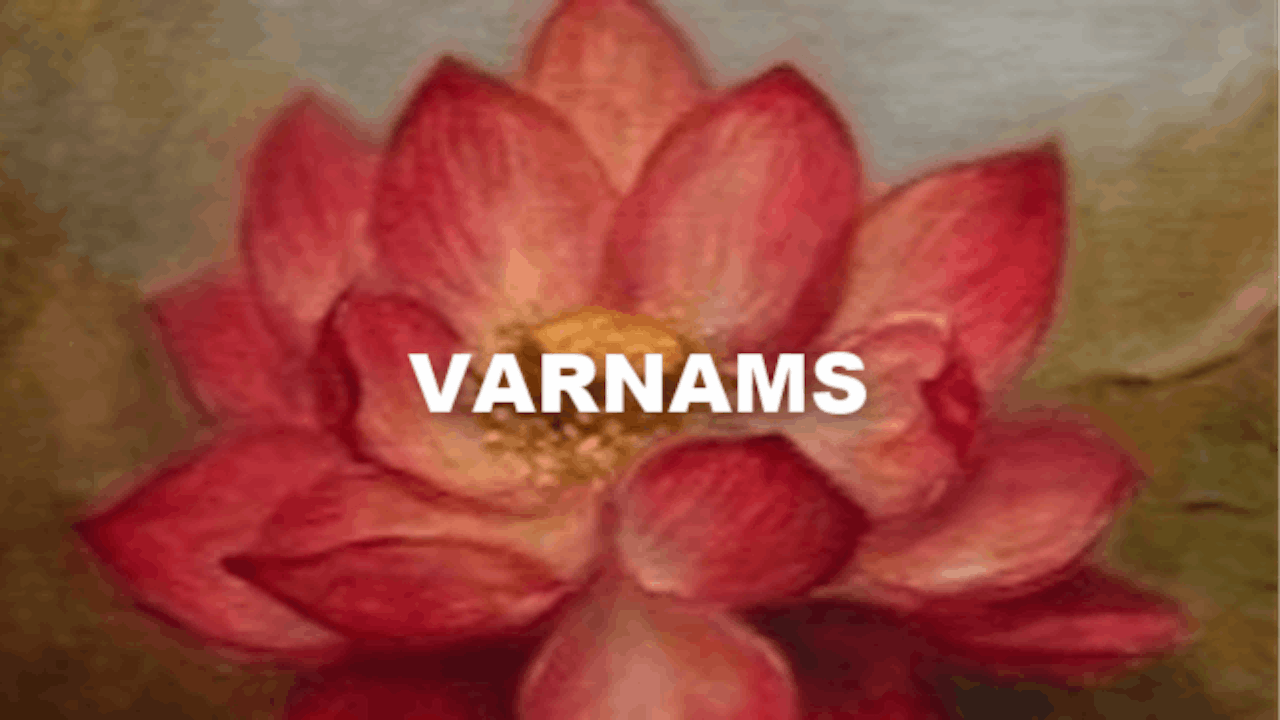