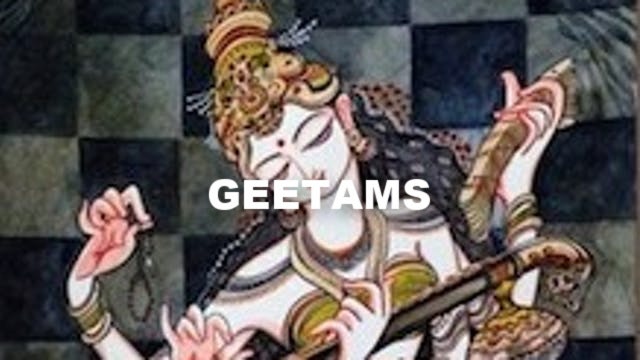 About Carnatic Geethams
Geethams are the simplest musical form in Carnatic music that introduce students to the synthesis of swara, rhythm and lyrics. This form was first introduced by PurandaraDasa, whose Geethams are popular till date.

How many Geethams are there in Carnatic music?
Broadly speaking, geethams are of two types: –

Samanya geethams are created using simple lyrical forms and melodies. They do not contain variations or sangathis, and are composed on common talas like Rupakam, Trishratriputa or Adi Tala. Also known as Sadharan geethams, these are generally composed as an adulation towards God, Acharyas or Musical veterans. An example of a Geetham is ŚrīGaṇanātha (Laṃbōdara) which is set in raga Malhari and the lyrics are in Sanksrit. Geethams do not contain any complex lyrical or raga combinations, the flow of music is also quite natural. This natural flow reflects the beauty of the Geetham. Every note of Dhatu has a syllable in the literature.

The tradition of imbibing any form of education from the teacher in ancient India was a Kanthasth tradition, that is, it was transferred orally from the Guru to the disciple and there was nomedium of printed texts or scriptures. The disciples were so sharp that they would immediately memorize this knowledge and preserve it for years, again offering it to the next generation orally. At that time, Lakshana geethams were very useful to help students remember the characteristics of the raga they were set into. Music was thus used as a form of imbibing and preserving knowledge. That’s why, the Lakshana geethams are a special class of Geethams in their own right.

Both types of Geethams generally don’t have well defined sections. However, a few have sections similar to Pallavi,Aanupallavi and Charanams. These are referred to as Khandika-s.

Apart from PurnadaraDasa, other composers have also experimented with this form. GurumoorthyShastriwas a prolific music composer of both the forms of Geethams – Samanya and Lakshana. Shyama Shastri has also composed a few simple Geethams; he would often recite these during his daily worship.

Geethams are very simple, but elegant compositions of Carnatic music. Hence, they are ideal for students to master concepts like tunefulness, fidelity to rhythm and breath control; which are key essentials for further development in Carnatic music. 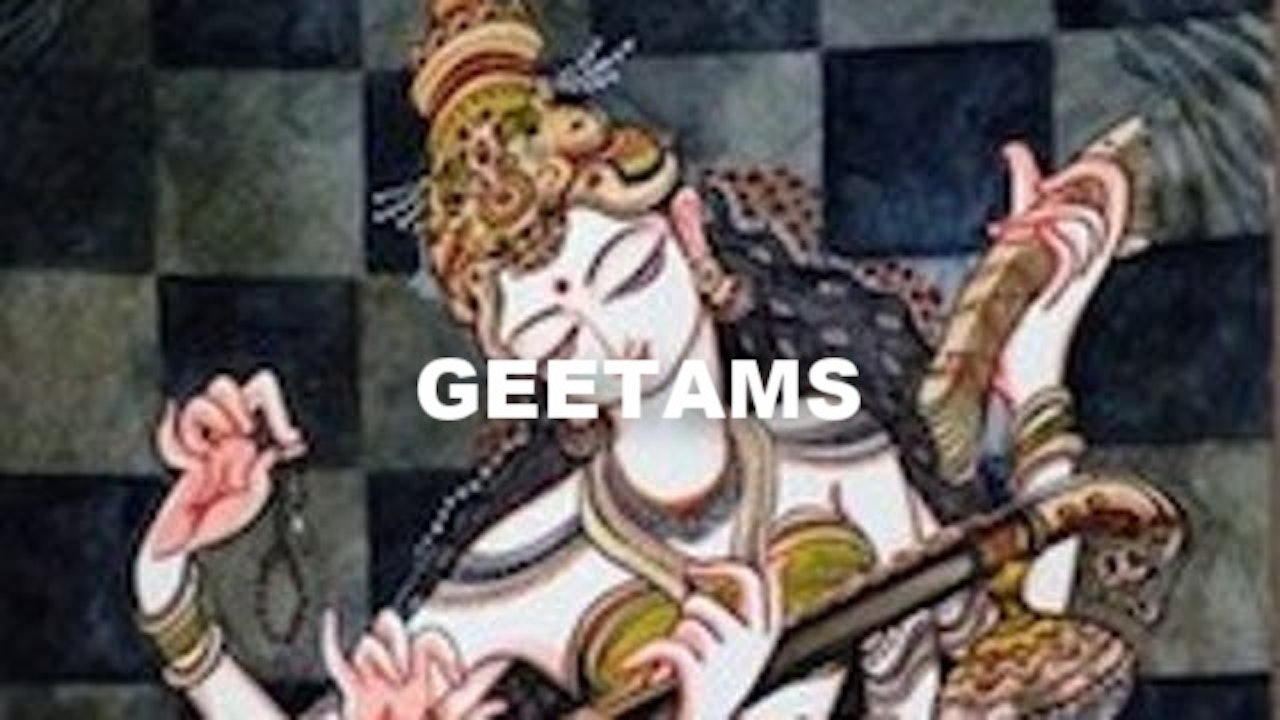